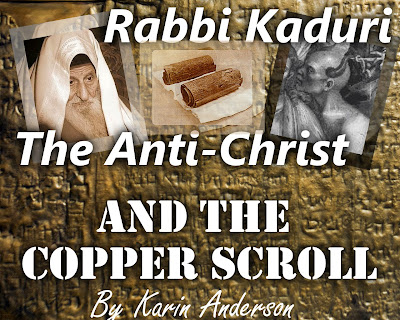 Recently the name of Yehoshua was revealed to be the Messiah. But even though Christians were dancing in the street, the name will be lifted higher as it is understood to be a stumbling block that will shock the whole world. But we have to watch out for the Antichrist, who may be trying to apply the name to himself. Jesus said he came in the Father’s Name but noting that another would come in his ‘own name’ (KJV). Reading from the Strong’s this actually means “THE NAME in a different application” (see Strong’s). Learn why Antichrist is likely to rise out of the pit in the Judean desert within a year and Jesus / Yehoshua will not be coming back for a long time. We better get this straight because the Antichrist will say the he is Yehoshua!

In II Thess. Paul speaks of the Anti-Christ as having set himself up in the Tabernacle not the Temple. The river Gihon will soon flow to the Tabernacle and overflow the hiding place.

The Ark of the Covenant and the Tabernacle of Moses were a part of the hidden treasures of Israel, and written about on a Copper Scroll, which Vendyl Jones used to find the location of the treasure at a cave in the Judean desert. The river Gihon leads from the “Foundation stone” to a cave in the Judean desert Tabernacle. The Book of Maccabbes, Emek Ha Melek, and Chronicles all lead to a study of the paths under Jerusalem and their role in the end time events. 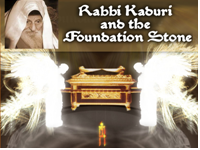 In the first show we only got as far as the foundation stone, the stone in the Holy of Holies in Jerusalem, which Rabbi Kaduri talked about, but there is so much to tell. This 'Shetiyah stone’ was the first thing that God created and had the name of YHVH on it--which when you ad a shin becomes “Yehoshua”.

Kaduri has now been linked to a book that is called “Toldat Yeshu”. This Book speaks of Yeshu the son of Miriam and Joseph and links him with Judas and is an obvious reference to Jesus, and then claims that he stole the power of the name from the stone to do sorcery. This Book is in the Talmud and has lead some Jews to think of Jesus as blasphemous. Kaduri’s sons reaction to Kaduri’s Code coming out as Yehoshua seemed an obvious reference to the stone. This book also declared that Yeshu (Jesus) claimed to be “born of a virgin and the root of Jesse”. It would seem that Kaduri is not only saying this book is blasphemy, but that Yehoshua is the name on the stone. Kaduris son when he heard of Yehoshua being the name that Kaduri had encoded said that would be blasphemy. The Book called Freemasonry called the Toldat Yeshu a blasphemous book and then referred to the name on the Stone as being the LOST WORD in Masonry. This study explains, how Jesus / Yehoshua was the WORD. The discussion of this topic continues until we realize that the name will become a stumbling block for Jews, Masons and Christians alike. 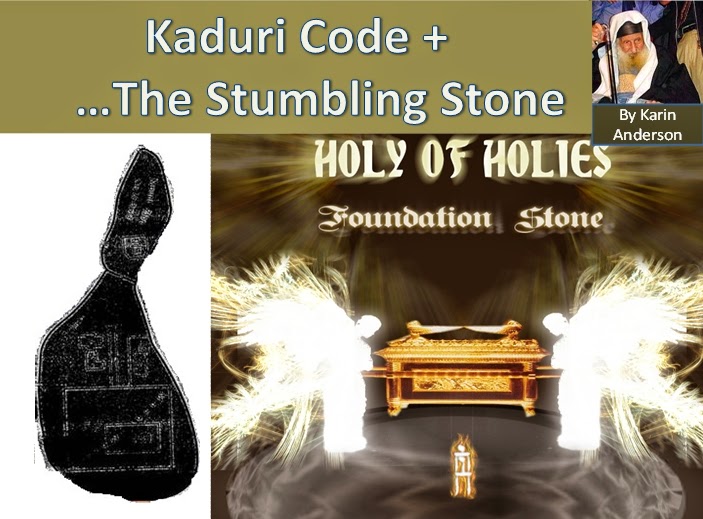 Not only did Kaduri’s topic discuss the stone but his 18 clues lead to the subject of the Root of Jesse and the stone which Toldat Ysehu discussed as well. All this is linked to the Kaduri Code when we review the 18 clues that Kaduri left behind; we find them speak of Isa. 11 which is the same chapter speaking of the “root of Jesse”. Learn how Kaduri not only called Jews to join the exodus of the tribes to Israel, but wanted Jews to join with Ephraim in following the sign of the Root of Jess as a banner.

The setting for the foundation stone is within the Old City of Jerusalem the map out-lines the image that God created during creation. If you think this is blasphemy you had better think again. Hebrew Temple practices showed how creation itself expressed that the seed of Gods son would be poured out on the alter. Learn how the Apostle Paul interpreted Isaiah to mean that Israel would have been like Sodom and Gomorrah if it had not been for this seed, the YHVH in this stone. Learn how this stone is a symbol of eating, drinking, and giving in marriage. Even fitting the concept, “to be caught up with him in the air”.

Oops, you forgot something.

The words you entered did not match the given text. Please try again.